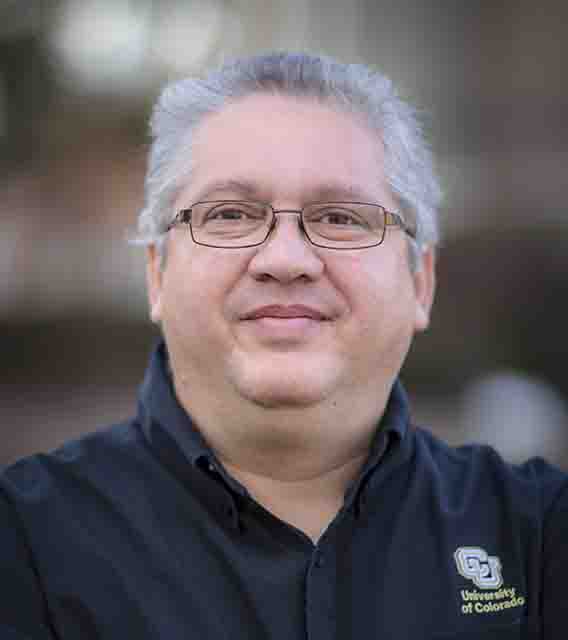 DIRECTOR OF THE NATIONAL CENTER FOR MEDIA FORENSICS

As Associate Professor and Director of the National Center for Media Forensics, Grigoras has the privilege to coordinate the Center’s activity, including education and scientific projects. His research encompasses digital signal processing in forensic multimedia, including digital recording authentication, audio/image analysis, enhancement, and automatic speaker recognition. His research into digital signal processing has resulted in advanced methods to authenticate digital audio/video recordings and semiautomatic systems for forensic speaker recognition.

Grigoras was chairman of the European Network of Forensic Science Institutes – Forensic Speech and Audio Analysis Working Group from 2007-2009. He is a member of the Audio Engineering Society (AES), the American Academy of Forensic Sciences (AAFS) – Digital and Multimedia Sciences Section; and the Scientific Working Group on Digital Evidence (SWGDE) – Audio Committee. He has published numerous forensic audio/video articles and is a co-author of Best Practice Guidelines for ENF Analysis in Forensic Authentication of Digital Evidence (2009). Funding sponsors include Defense Advanced Research Projects Agency (DARPA) and the Department of Justice (DOJ).

LARGE SCALE TEST OF DIGITAL AUDIO FILE STRUCTURE AND FORMAT FOR FORENSIC ANALYSIS
This paper presents an extensive study on MP3, WAV and WMA file structure and format analysis for forensic purposes. It is common nowadays for the authenticity of digital audio recordings to be challenged either before being accepted as evidence in legal proceedings or in ascertaining the veracity of a unknown file’s meaning. The framework for forensic authentication of digital audio includes the structure and format analysis that requires the
investigation of the suspected recording device as well. Sometimes the suspected recorder is not available for test reference recordings which could lead some labs to reject the request for analysis. This paper presents the analysis of audio files collected over an 18-year span from more than 125 digital audio recorders and 40 commercially available software applications. It also explains the principles that can be followed to collect
reference samples, build and maintain reference databases for forensic analysis, and use them in real cases when the suspect recorder is not available.

Triage Approach for the Forensic Analysis of Apple iOS Audio Files Recorded Using the “Voice Memos” App
This paper describes the ongoing study into audio recordings originating from Apple iPhones and iPod Touch devices using the built-in “Voice Memos” app. The data collection procedure for producing test recordings from iPhones and iPod Touch devices will be described. These test recordings account for various capture, editing, and interruption scenarios, based on the inherent functionality of the “Voice Memos” app. Based on the metadata analysis of collected data, a decision tree, aimed at helping guide examinations into file originality involving recordings purported to have originated from the “Voice Memos” app, is developed and shared. Additionally, a study based on the practical application of the decision tree to real-world examples was undertaken and is discussed.

QUANTIZATION LEVEL ANALYSIS FOR FORENSIC MEDIA AUTHENTICATION
The authentication of digital multimedia evidence can play important roles in both judicial and extrajudicial cases. Over the past decade or so, various techniques and methodologies have been proposed for forensic audio and video authentication. This paper proposes a new method for forensic media authentication based on quantization level analysis (QL) of a digital audio signal. Five methods for calculating QL are provided including: QL histogram, QL length, greatest common divisor, Fast Fourier Transform (FFT), and Cepstrum. Examples of QL analysis are provided to demonstrate its use in the detection a recording’s native QL versus the file format bit depth, the detection of signal processing, and the analysis of consistency with reference recordings (recorder attribution).