Countering the creeping crisis of democracy and political inequality 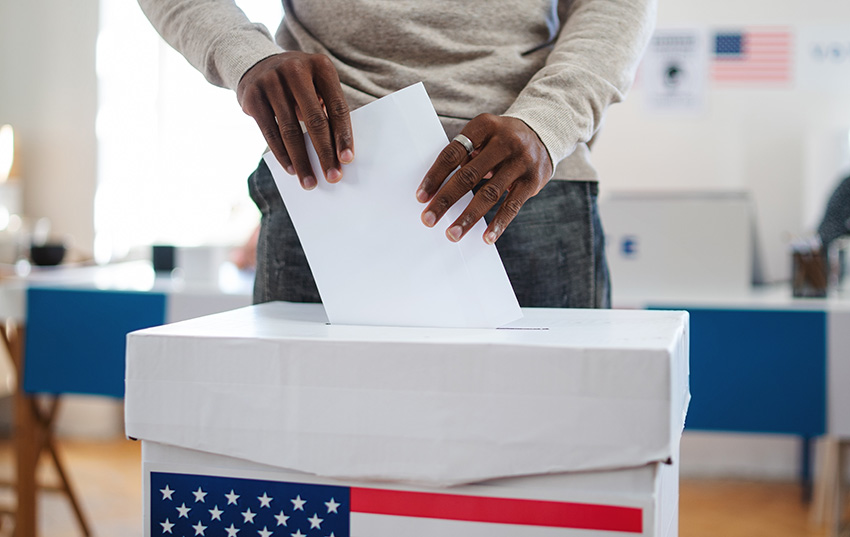 We live in a society strained and stressed by a deadly pandemic, an ailing economy, a changing climate, racial and social inequities, and severe political polarization. Contributing to all of these issues, and preventing viable responses, is the creeping crisis of a faltering U.S. democracy.i

Many of us hold an image of democracy rooted in idealism: people can be informed and involved, reasonable with good judgment, and capable of supporting themselves while recognizing the needs of others. Our idealism includes a vision of democracy ever striving for universal and uninhibited suffrage, freedom and capacity to shape agendas and policy decisions according to the will of the people, and representation for members of society in government. Bolstering this image have been notions of American exceptionalism moored to shared understandings of individual liberties and rights.ii

We have held onto the idealistic image of American democracy and, in doing so, overlooked subtle shifts towards autocracy, which threaten to undermine the elements of democracy we do have. This dynamic prevents us from responding to the crises at hand while also exacerbating those very same crises. The short-comings of U.S. democracy are known and numerous: skewed citizen representation in the Senate, House, and Judiciary, restrictions and barriers to universal suffrage, a winner-take-all electoral system, a problematic electoral college, and a growing infusion of private monies intended to influence elections and government decision-making.iii The tenuous structural situation contributes to growing extreme economic and social inequities, and is exacerbated by social and news media that fragment society, producing us vs. them mentalities.

Both a cause and an effect of our democracy’s detrimental situation is extreme political inequality. Political equality is the notion that people should have equal voice and power when participating in government and politics.iv  We would expect in a democracy that there should be equal opportunities for those wishing to engage in everything from voting to shaping agendas. Given the faults mentioned above, political equality is undercut by barriers to participation, unequal representation, and skewed and unremitting distributions of cost and benefits. When democracy falls short and people experience or perceive political inequality, skepticism foments around the legitimacy of government and reasons for engagement.v In turn, this creates distrust in government processes and contributes to our post-factual politics and cynicism towards science that impedes our discourse and inhibits us from directing efforts to address the pressing issues of our time.vi

We can wish for a world of political equality, but our efforts will always fall short.vii We as individuals, and the governance systems we build, always overlook some signals from our environment while favoring others. Thus, some issues reach our government’s agenda and fewer still become public policies. We might hope that these filters and frictions are random, thereby allowing a variety of issues the chance at attracting government attention and answers.viii However, these processes and policy designs inevitably favor some issues over others which, in turn, determine the winners and losers and feed into the degenerative cycles of increasing social and economic inequities.ix Exacerbating the situation is the subsequent discrepancies in education and wealth (and their conjoining with race, ethnicity, gender, and citizenship) that enable the powerful to speak with a megaphone while others speak with a whisper.x

The concept of political equality ties to fundamental questions about how we view humanity, human rights, and the character of the societies in which we live. Do we think that all people should have a right to provide input and influence over policies that shape the society in which they live? Do we believe that all people are capable of developing informed, legitimate policy preferences? Do we believe that all people deserve some minimum level of human dignity? The concept of political equality links to representation of societal values into government and the setting of value-derived goals for what human dignity means and its realization.xi

While we face a calamitous combination of crises in the pandemic, economy, climate change, and social inequities, the ineptness of our responses is nothing but a mirror to the crisis of U.S. democracy that has been overlooked. What can we do? It begins with four guiding principles:

Stating these four principles is far simpler than realizing them. Doing so involves bringing political equality into societal discourse, developing tools and techniques for its assessments, and fostering better theories of our understandings and practices for its emergence, realization, and maintenance.

Ultimately, the culture and structure of our democracy is producing a governance system unable to address its most pressing issues. From climate change to the coronavirus, the U.S. would have responded better if we paid attention to the problems inherent in our democracy. This is not a question of democracy vs. undemocratic systems but rather seeing the faults and fixes in moving our democracy evermore toward the ideal.

v Hochschild, A. R. (2018). Strangers in their own land: Anger and mourning on the American right. The New Press.