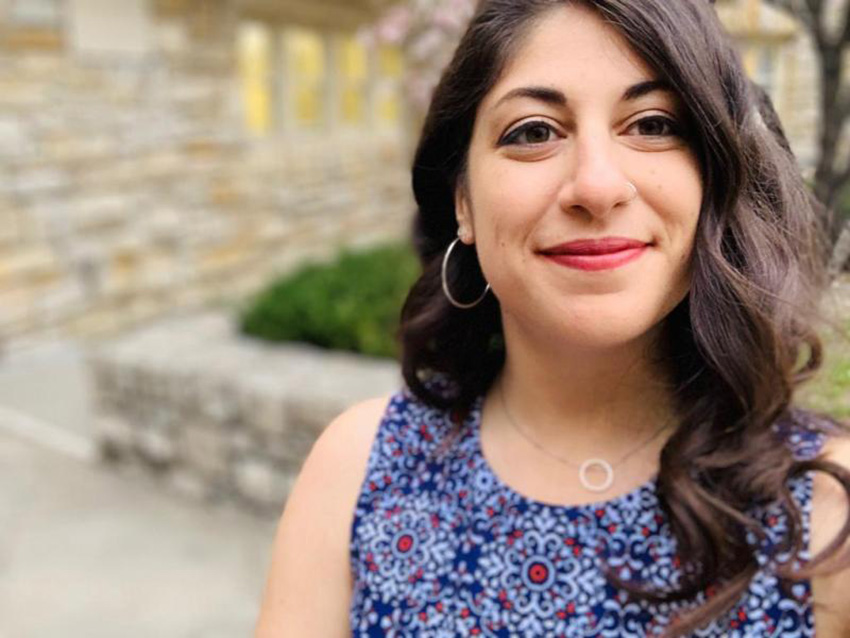 When MPA alumna Monica Caballeros (MPA ’20) (pictured left) went looking for a capstone project, her focus was on public health and reproductive rights. Caballeros, who is the PR and Communications Director for Connect for Health Colorado, is passionate about equitable access to healthcare. However, when she could not find a good fit in her field, she turned to the school’s list of sourced capstone projects. She found a powerful partnership with the Center for Community Wealth Building that allowed her to look at issues of equity through a lens of economic development.

The Center for Community Wealth Building is a Denver-based nonprofit that works to “transform the current economic development system to a more inclusive and equitable model that prioritizes democratically-owned businesses, emphasizes local procurement, and ensures social, environmental, and institutional sustainability.” Executive Director Yessica Holguin reached out to the School of Public Affairs looking for a student to help the organization develop a deeper understanding of their clients’ capacity to serve the needs of anchor institutions in Denver. “The descriptions of the projects she was interested in doing caught my eye because I was interested in looking at women- and minority-owned businesses. I thought that, if I’m going to look at something in the business field, I’m really interested in understanding disparities, the work needed to close gaps and opportunities,” said Caballeros.

Caballeros worked with Holguin and CCWB’s Democratic Entrepreneurship Director, Jamie Lujan, to develop a project that examined the barriers faced by women- and minority-owned businesses as they seek access to the city’s anchor institutions. “I worked with the Center for Community Wealth Building to look at the relationship, if any, between small, minority-owned businesses that located in the Denver Metro area. The research question was, ‘What is their capacity to serve the needs of anchor institutions, which are defined as institutions that have significant influence within a community, like a university, that employs a lot of people, holds a lot of economic power, and is physically dominant in the community’,” said Caballeros.

Initially, Caballeros struggled with understanding the language of business. She said, “It was intimidating at first coming up to speed with business jargon. There were lots of times during the interviews when I would have to stop and say, “What does that mean? Can you define that for me?”

Even though Caballero works in media and PR, she developed a new skill throughout the project. “As the spokesperson for my organization, I’ve done plenty of interviews, and I thought this would be easy because I’ve done this so many times. But I quickly realized this takes an entirely different set of listening skills. It got me thinking in a different way—what does it take to build skills to interview and to really be listening while keeping in mind what it is that you are trying to learn, which in this case was about my research question.”

Caballeros worked with five small businesses to get a better understanding of their obstacles in working with anchor institutions, focusing on capacity and competitiveness. Her takeaway was that if small or women- or minority-owned businesses can get their foot in the door with an anchor, they can deliver. However, for those businesses, it seems to be about the networks and making that initial connection. “I heard from a lot of them that they have the skill set to do the work, to meet large needs. They are extremely connected within their community and can fill whatever gap there is. A lot of them told me that they are not able to get an initial foot in the door. So, even when they get the opportunity to bid for a certain kind of work, it seems to them that the anchor chooses the same person over and over again, someone they’ve worked with historically.”

While Caballeros focused on capacity and competitiveness, she was left wondering if other factors were also at play. “I completely excluded any sort of analysis of around racism or sexism that could also contribute to why aren’t people getting these opportunities.” Caballeros thinks this could be within the scope of another project with CCWB.

At the end of the semester, Caballeros delivered not only her research paper but an additional document that helped the organization implement her suggestions. “I presented them with a second document deliverable that was more actionable than what I had to turn in for my capstone,” she said. “So, I essentially made it more actionable and got specific in my recommendations around process. A lot of it was feedback on how to do more outreach and sustain some of the momentum, such as how we reach out to minority- and women-owned small businesses, how we build out a database within CCWB so that as we are meeting people, we can follow up.”

As for CCWB, they were thrilled with their experience working with Caballeros and with the School of Public Affairs. “She was phenomenal,” said Lujan. “She did everything that she could do to make those connections and be proactive and really engage with the businesses.”

As part of her project, Caballeros identified BIPOC owned businesses for outreach that allowed CCWB to start building their database. In this work, she started from scratch. According to Lujan, “We didn’t have a curated list of businesses in certain areas by certain zip codes. So, part of her work was to see what it takes even to find that information. So she did several different searches around identifying these businesses. And then her personal outreach allowed us to see if the information was good.”
Caballeros’ project took place during the spring 2020 semester and was well underway at the start of the COVID-19 pandemic. That gave her research extra impact for CCWB. “Because of her research,” noted Lujan, “we’ve been now reaching to those businesses during COVID to ask how we can help, how we can be of assistance. Those businesses may have been left out if she had not found them and reached out and made those initial touchpoints. It’s been pivotal. It’s something we’ve started using and will continue to use.”